Today we held an impromptu funeral for our twelve year old dog Sally. Sally has been our pet for the last ten years. She replaced Sadie, Raphael’s dog from the 1990s. Sally was old and crippled. Sunday afternoon she went on a walk with Brother Bernard, and has not been seen since. After three days of searching for her, we finally asked Fr. Jerome to organize a funeral service. He searched the sacred scriptures for passages that spoke positively of a dog, since most biblical references to dogs were less than flattering. “the dogs will lick your blood,” etc. Finally in the book of Ecclesiates he found this: “Anyone who is among the living has hope --even a live dog is better off than a dead lion!” which Jerome translated as, “A live dog is better than a dead cat!” [Qoheleth 9,4]
Searching our archives for an obituary picture, I found one of Sally in her prime in 2007 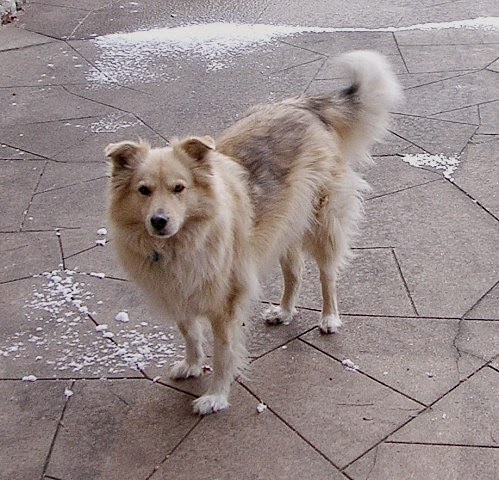 and one with her master Raphael in 2011. 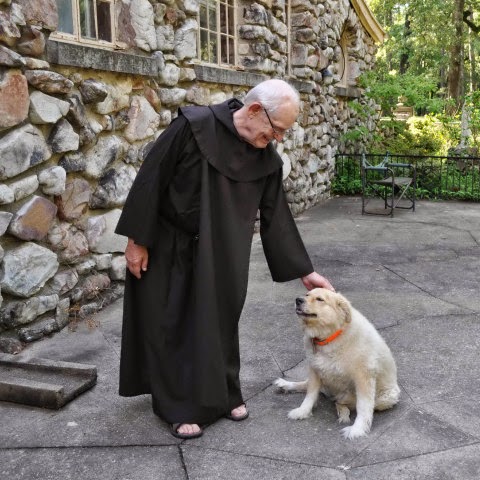