Conjuring Up the Eternal – Part 4 of 7 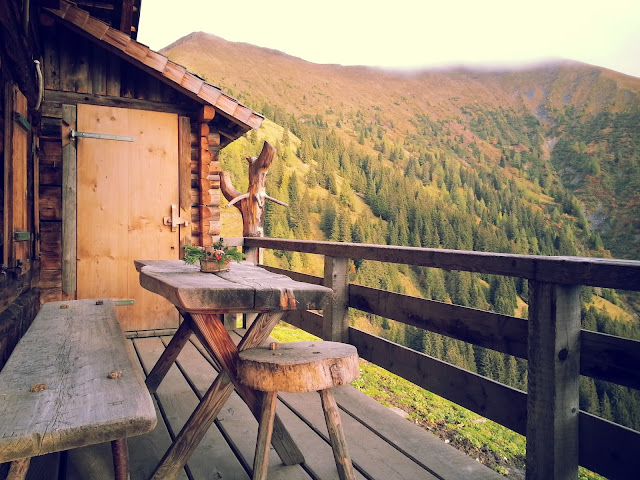 IV.
Otherworldliness
For long years, or so the Anchoress confessed,
The sooty black bricks of night encased her on
Every side.  And yellow smoke rose like incense
Each morning.  "One would think I lived
In a chimney," she sighed.  Yet the smell of peas
And carrots, of beans simmering in a pot,
Spiraled slowly upward on invisible wings,
While the pulp she squeezed from meaty apples
Merited the name she gave it, "earth's own chrism."
*
Barren mountains hovered in the distance,
And sharp winds, swirling about nearby,
Rattled the rickety slats of the door to
Her cell, or so the Hermitess remarked.
Fields and farms and dense woods fled
From view, far beyond all thought of
Turning back until spring should arrive.
There, far away, dressed in white, they became
The stuff of dreams.  At day's end an angel
Knelt beside her, bearing in his blood
The red embers of God's mercy.  "He's come
To stoke my tired heart into a flame."
*
The Beguine knew that she should live among
Her kind.  "Only then," she declared,  "can I
Rest well and rise early, do my chores with
Steady hand and keen eye."  "A carpet of tall grass
Rolls down the hillside and spreads out around,
Gracing the valley with its green waves," the
Foundress wrote in her diary.  "It's an ideal spot."
Thus, some years later her Spiritual Daughter
Realized that she could still smell the sea here,
Wrapped in its cloak of summer air.  "Our remedy
Is adoration," the Visitandine opined as the
Wee hours of the morning crept by silent as
A ghost, its veil of flickering shadows shielding
Her Lord's sad eyes from the stabbing candlelight.
***
The poem is straightforward enough.  It moves from one to another of various figures, each of whom leads a life "in the world, but not of the world."  Yet each remains very grounded in the feel and texture of life--in the taste of apple cider, in the sound of the winter wind, in rest and work, the beauty of green grass, the flicker of candlelight.  It is an earthy kind of otherworldliness.

How do you yourself strive to keep a certain distance from the world, practicing what Carmelites call detachment?  Yet how, through prayer and simplicity of life, do you remain immersed in the brute fact of God's creation?